We use ink for a variety of things, from pens to printers, it is a very common substance. But is this ink a safety hazard? Is it flammable or combustible? Will it burn or explode?

Some types of ink are flammable and others are not. Inks that are water-based are not flammable. However, any inks that use alcohol or other hydrocarbons will be flammable.

Also read: What Makes Something Flammable?

Many times we hear the terms flammable and combustible used interchangeably, but they are not the same.

There are some very specific criteria set by OSHA (Occupational Safety and Health Administration) about flammable liquids in the standard 29 CFR 1910.

Flammable Liquids: Any liquid that has a flashpoint below 199.4 degrees Fahrenheit (93 Celsius).

Flashpoint: The lowest temperature at which a substance will give off enough vapor to ignite (catch fire).

Note: Liquids and solids do not burn. They give off vapors, depending on the temperature, that can ignite.

So what about ink? There are quite a lot of different components used to make ink. Let’s look at some below…

What in the Ink Will Burn?

Inks can be made with a plethora of substances, but they are mostly broken into two categories. Water-based and non-water-based.

The basics of the way inks work is that a dye or pigment is mixed into a solvent that carries the coloring in a solution. This solution (the ink) is drawn, printed, pressed, etc. onto the paper or fabric. The solvent will dry (how quickly will depend on the type of solvent used) out of the ink. This will leave the dye on the material for the intended use.

Water-based inks use water as the solvent that carries the dye or coloring.

When water is used as the solvent, it will not be flammable, unless other flammable additives are included.

However, almost all the other solvents used other than water are hydrocarbons.

Most Hydrocarbons are flammable and some are extremely flammable. Depending on the amount used in the ink, many non-water-based inks can be very flammable.

Many inks will only be flammable while wet, as the solvent may leave the ink as it dries. But this is not always true.

Also read: Is Glitter Flammable? and Is A Sharpie Flammable?

What About Pen/Printer or Other Inks?

So, you may be asking how to know what types of ink are flammable or not?

If you are able to see what is used to make the ink, and you don’t see water listed, it’s safe to assume that it will be flammable.

If you can’t see what is in the ink (like in your Pilot pen), you can also assume it is flammable as water-based inks are much less common then the other types.

In general, I’d say the majority of inks that are commonly used are flammable.

Also read: Is Soap Flammable? Will it Burn? It Depends…

We can see that ink comes in many types and may or may not be flammable, depending what is used to make the ink. water-based inks are usually not flammable, while most other types of ink will be flammable.

Is Diesel Flammable? Yes and No…

Is Motor Oil Flammable? You May Be Surprised

At What Temperature Does Paper Burn/Ignite? Revealed 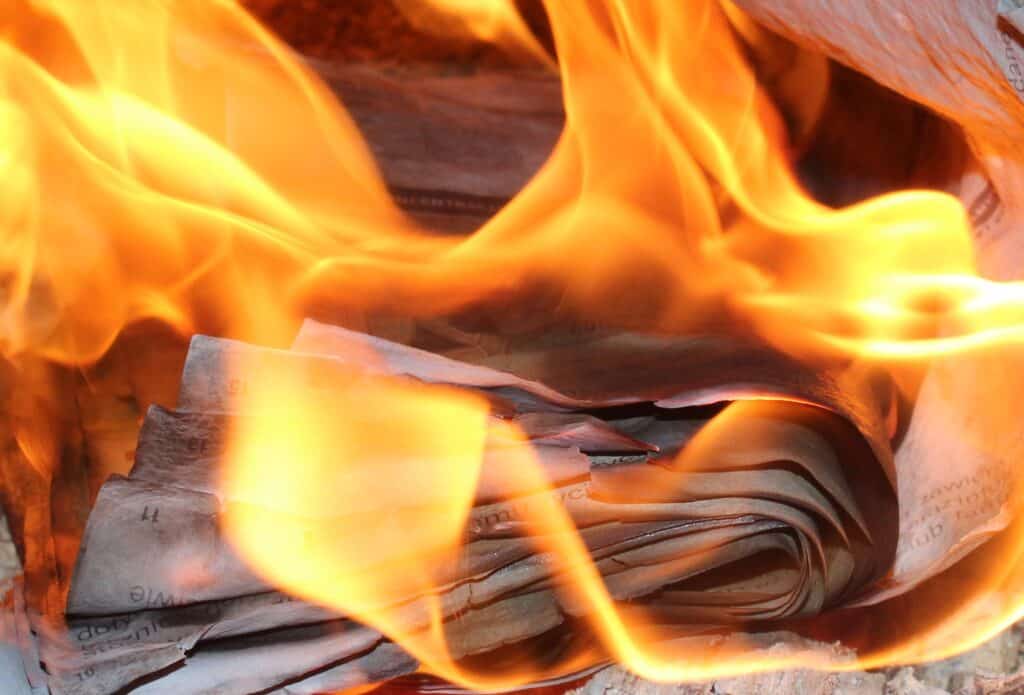